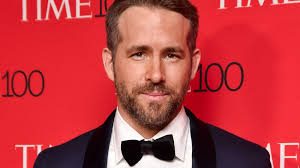 Happy birthday Ryan Reynolds! As the handsome actor turns 38, HELLO! Online takes a look at what the stars have in store for Ryan and for you…

Happy birthday Ryan Reynolds! As the handsome actor turns 38, HELLO! Online takes a look at what the stars have in store for Ryan and for you…

This is what Ryan, who is a Libra, can be expecting today:

Perhaps, if we could only shed the weight of all our cares and concerns, we could become so light in spirit that the breeze of serendipity would sweep us off our feet and allow us to float on a pillow of wings towards some glorious stress-free future. We often imagine such possibilities in our dreams; but in waking life we soon discover that our most optimistic visions are obscured by the clouds of anxiety. Perhaps we should have more faith in those inspiring visions. This weekend brings you reason to trust them.

The youngest of four brothers, The Proposal star was born in Vancouver, British Columbia, on 23 October, 1976.

Although he eventually went on to prove himself on the big screen, as a teenager his acting potential was far from obvious – he failed his high school drama class. That didn’t stop him from pursuing his dream of becoming an actor, however, and he got his first break – a role in Florida-taped teen soap opera Fifteen – while still at school.

Throughout the 90s, Ryan landed several small film and TV roles, but he didn’t get noticed until he moved to Hollywood. It was then he got the part in Two Guys, a Girl and a Pizza Place.

The part led to a starring role in the romantic comedy film, Van Wilder in 2002. The same year he met singer Alanis Morissette, whom with he was in a relationship for four years.

Shortly after, he met fellow actress Scarlett Johansson whom he married, but divorced in 2011. The same year after meeting during filming Green Lantern together, the charmer married Gossip Girl star Blake Lively. The couple are currently expecting their first baby.

Over the years, Ryan has had leading roles in films such as: Just Friends, Green Lantern, The Captive and X-Men Origins: Wolverine and The Proposal.