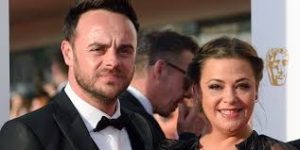 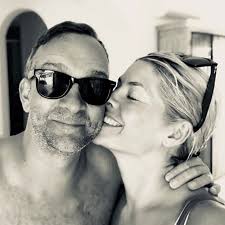 Ant McPartlin is best known for being one half of the ‚Ant and Dec‘ duo – the kings of the small screen.

The Newcastle-born lads began their careers on popular teen soap Byker Grove, and after establishing a charismatic TV presence, the gregarious Geordies went on to pursue a music career as PJ & Duncan.

Now, however, their singles are routinely mocked by the pair, as they shed their gawky teen image and became the dynamic duo that we know and love today.

Ant began his presenting career with Dec at SMTV Live, where they were joined by Cat Deeley to present the hit comic children’s show Wonky Donkey. When they left the award-winning programme in 2001, tears were shed by many a child, but not long after the pair was offered their first prime time slot, presenting Pop Idol.

Since then, Ant and Dec have presented shows including I’m A Celebrity… Get Me Out Of Here!, Britain’s Got Talent and Ant and Dec’s Saturday Night Takeaway.

Together with his partner in crime, Ant has won eleven National Television Awards for Best Presenter, as well as scoring a Lifetime Achievement Award at the age of just 27.

Doris Day discovers she is two years older than she thought